I love you more than a marshmallow

This was what Kaden said to me as he got into his pajamas and gave me a big hug last night. This expression pretty much sums up my night last night. A chaotic night over a marshmallow. However, once again God used Kaden to show me my own lessons that I also struggle with in my life and my relationship with Him.

Kaden is a picky eater. Okay, that may be an understatement. In fact last month we told him that his four favorite meals were off limits. That he had to learn to try other foods and eat different things. He has done better but it’s still a constant battle.

Tonight he wanted dessert after dinner. He wanted a jumbo marshmallow. (Isn’t that what everyone selects for dessert???) After the rest of us were finished he still hasn’t eaten that much and had entered the negotiation stage. The can I get it down from eating everything to a certain number of bites stage. After another long while of battling and it getting closer to time for him to have to leave for basketball practice, we finally told him no marshmallow.

This was followed by tears and a very upset little boy. He got dressed for practice and I tried to talk to him before he left. Out of his frustration and anger he told me, “I love you. But I want a marshmallow more than I love you.”

He said it to show me just how badly he wanted a marshmallow. That momma knew how much he loved me that it would prove how great his desire. Of course with my tender hearted boy he was apologizing, afraid he hurt my feelings, and giving me kisses almost as soon as it was out of his mouth. But after he and his daddy left for practice it made me think that me and my Heavenly Father have had very similar chats. As I’ve said before my biggest issues are my need to control and that I think I know best. Often I’m like my six year old, “I love you. But I want my ideas/plans for my life more.”

Kaden was processing some big emotions. His feelings about how we want him to eat certain foods that he doesn’t want, but knows he knows he should and that it’s for his own good. Coupled with processing the feelings of wanting something so bad but not being able to have it. Yep kid, been there, done that. I, too, knows my fathers plans are for the best, but it can be so hard to lay down the feelings of wanting something but it not meant to be.

I can write, read, and recite verses (and I do) like Proverbs 3:5, “Trust in the Lord with all of your heart and lean not on your own understanding.” This can be a hard one and one that is easier said than done. This is difficult to take to heart when I think; Lord, I trust you, but can we revisit my script and rough draft? I think you may have gotten the wrong cast for this script. Every day is a daily reminder to let go of my sense of control and ideas and to trust in Him.

That I can take comfort in my knowledge he loves me so much that even when I might cry or become upset he is there with his arms open for me to come running and say, “Lord, I love you more than a marshmallow.” 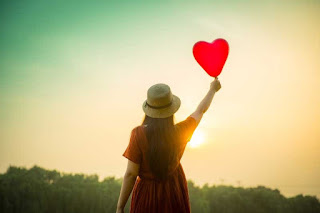 I wanted to share a few pictures with you that show why I'm writing to thank you. You see my three year old, Kaden, knows more about baseball and the Royals than many adults I know. He loves as he would put it "all of the Royals" but without a doubt, without any hesitation when asked who is his favorite player is his answer is always one player; you.

I'm not kidding when I say Gordo was one of his first words. In fact anything baseball for the longest time was called Gordo. I'm not exactly sure why he took such a liking to you. I joke it's because his first ever game at the K and you hit a grand slam when he was not even a year old. For what ever reason he adores you. He even has a little Gordo plush doll that he likes to take everywhere.
This past year has been the toughest year for our family. Our second son, Kaleb, was born 12 weeks early at 2lb 2oz. We also learned of his diagnosis of Down syndrome two days after his birth. He spent 99 days in the…
5 comments
Read more

This is what my four year old told me while I pitched to him one night after he struck out. I told him I don't throw home runs, home runs are something that you have to hit. To which he informs me in his frustrated tone, "well you're not throwing pitches so I can hit home runs!"
It made me realize we can often find ourselves whining and complaining to God about this very idea. We want life to pitch it right down the middle of the plate. Better yet, just set it up on a tee for us to smash. We want to know where the pitch is going and that it's going to be a pitch we can hit for a home run that follows with us feeling pretty pleased with ourselves as we comfortably trot around the bases.
Well on August 26th, 2015 we were thrown a curve ball as our life took a sudden and unexpected turn with Kaleb's early and necessary arrival. Mix that with all of his health issues such as a brain bleed, heart defect, chronic lung di…
1 comment
Read more

Let Go and Let God: A story of a monkey and a banana, a Casting Crowns song, and my own stubbornness

January 26, 2016
This post is about a monkey and a banana, a Casting Crowns song, and my stubbornness. Those may sound like completely random things but all play a part in my learning to “let go and let God.”
We all have flaws after all we are human. Two of my biggest flaws are my stubbornness and my need for control. I like to do things my way, after all I tend to think it’s the best way so why wouldn’t I want to do it my way? See, controlling and stubborn. So you can imagine when I have a certain plan for my life I don’t easily let it go. So it’s safe to assume I didn’t like or appreciate being thrown some curveballs this past August and September. They didn’t fit into my plan for my life. I found God trying to show me the same lesson I have yet to learn; once again he was showing me that I am not in control and once again I argued back. Which brings me to the first part of my story.  This was not the first time God and I had words on the subject. This has been a long term lesson and one I have a h…
4 comments
Read more