May 17, 2016
This is a different post than I typically share. This is actually a short journal entry I shared for my current course. Yes, I am back in classes pursing my PhD and yes, I need there to be more hours in the day. Thought I'd share since my thoughts are constantly drifting to both of my boys. 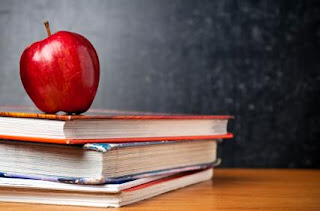 The hardest thing about my son’s diagnosis to accept was the cognitive side of Down syndrome. It is not easy to swallow the words mental retardation that accompany the diagnosis. Especially for a person who has spent her life believing that people have ability and it simply comes down to the ability to apply one’s self. To realize that the future and the potential for Kaleb is unknown is scary. Still it is hard not to allow children with special needs like my Kaleb to penetrate my thoughts as I read the different theories on the purpose and philosophy of education. To examine what does education mean for children like Kaleb? Things such as Aristotle’s view that everything continues to changes as it works and moves towards what it was intended to become (Cathorn, 2002). These ideas begin to take on new meaning as I wonder if this holds true with Down syndrome. It can be enough on a bad day to make you want to question the verse, ‘fearfully and wonderfully made,’ (Psalms 139:14).

So I began to look at the readings from the sense of how am I to educate Kaleb, be an advocate for him, and educate others on how to educate him. Hinchey (2008) spends time explaining much of what we do is rooted in our beliefs, meaning it is because that is how it has always been done. She explains, ‘What we do usually has its roots in what we believe, and beliefs are not the unshakable foundation for action we usually assume,’ (p. 2). The past belief was that those with Down syndrome were unable to learn. Current day individuals with Down syndrome show that this isn’t true, especially with the aid of early intervention. Children with Down syndrome do not historically test well in IQ tests so they are labeled with anywhere from mild to severe cognitive delays. Now that we are constantly seeing that they can and do learn. So now we have to examine how do we teach, and should they use the same methods and have the same goals as that of other typical children? I love where Hinchey talks about that through the lens of critical theory we are able to refocus our vision and it allows us to open our minds to possibilities once found unfathomable. Merleau-Ponty is referenced as explaining that true philosophy is about relearning how we look at the world (Feinberg, n.a.).

It makes me go back to Plato’s views of sight and the light. Plato explained that sight might exist, that colors, shapes, and patterns be present but one main component to put it altogether is critical for without it the sight will see nothing and everything present will go unseen. This component is light. Plato later goes on to say that education takes for granted that the sight is there, that it already exists. Its goal is to simply redirect it by adding the light. Sure, educators, parents, therapists, and doctors may have to find alternative methods of redirecting so that the light shines and the sight is able to see the beautiful colors, vibrant patterns, and various shapes. It is all about finding methods that work for each child. While we might not execute it very effectively in education, most would acknowledge that education is not a one size fits all. It is about finding what works for each child; what learning styles work best, how to incorporate the various levels of thinking and application, and which teaching style are best to utilize and when.

Those such as Lawrence as referenced by Standish (2005) believe that education is to lead the individual to reaching his or her true fullness. I find myself wondering if they hold true to their beliefs if it is someone besides a typical developing individual. Perhaps they might hold more to Neill’s view referenced by Standish which believe that the purpose of education is to make people happier, more secure, and less prejudiced. Even if a person has trouble swallowing that those same principles apply I would say that perhaps it is because they see the main goal of education as being of the purpose to serve the economy. I would then challenge them that if that is the case the same would hold true for someone with Down syndrome. If the sole purpose and philosophy of education is to prepare individuals to be productive members of society then again why would we not work to find ways to allow those with this diagnosis to do just that, to contribute to their communities and to the world? Individuals with Down syndrome are continuously showing they can do just that. Some are starting their own businesses, acting, modeling, being public speakers, marrying, and many other things once thought impossible. These things are things that most would consider the basis of being productive citizens. So if that is the case, if it is simply a matter of working to find alternative ways and methods to help redirect their sight, to help shine the light why would we not do just that? I’ll conclude with a quote from Hinchey (2008), ‘Critical theory is about possibility, and hope, and change’ (p. 14). I work and will continue to work to change the world’s perception of Down syndrome. To show Kaleb and the rest of the world that he will not be limited by me and if I can help it, by anyone else. I will strive to look for and create ways to show him the world and find the light so he and others can see the colors of this world.