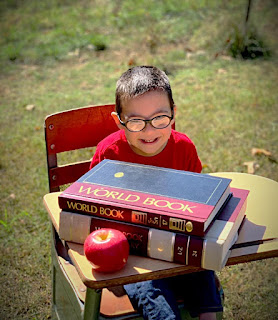 Learned helplessness can be an issue for individuals with disabilities. Many things come harder for these individuals, making it seem daunting to even try. Another aspect beside feeling defeated before even beginning or after experiencing failure, is that they get used to others doing things for them. We often do this with good intentions. We want to help. As one individual was told by a trainer, you can tell they are loved, but they are loved too much. Obviously, she didn’t mean that they really were loving them too much. She was explaining that the way and method that they were showing their love by always helping or doing things for them, wasn’t in the best interest of the individual. They were loving them to helplessness.

This is a concept that I try to always remember. It can be easy with our busy lives to simply do it for them. It’s typically quicker and easier to simply do it for Kaleb as we are racing the clock or I’m trying to multi task. But that does not give him opportunities to learn or practice. It also gives the message that I can do it better, or that he cannot do it. All of these times can eventually add up to create a sense of learned helplessness. I will note that this was the silver lining of shut downs for our family, as it made us slow down and allowed me to move at Kaleb’s pace and be patient as he stumbled along and learned.

My favorite Kaleb traits will always be his independence and resilience. I often say Kaleb watches something and then looks at you like, “okay, that’s cute, now watch how I do it.” Then he goes on to put his own unique Kaleb spin on it. This is the complete opposite of learned helplessness, it’s a concept called learned effectiveness. For instance, Kaleb jumps. It’s not on his feet, he doesn’t have the ability right now, but he jumps. He has learned to jump from his knees. Often now he reminds me of Tigger on Winnie the Pooh as he hops around the living room on his knees. Instead of calling it quits and sitting there while the others play, dance, and jump, his confidence and persistence allowed him to keep at it until it crafted a new way of jumping, a way that he can do it.

Another example was one shared with me by Kaleb’s teacher. Mrs. Rockey figured out why Kaleb kept going over to a particular corner. While the rest of the class was in another part of the room, he had once again gone back to this corner. She found him rearranging the class folders. She realized he was doing this so that he could put his work up by himself and didn’t have to have others help him. So, with Mrs. Rockey’s help, he selected the bottom folder placement and they moved his name there, so he could reach it and be able to put his work in it himself like his other classmates do.

My prayer is that he never loses his determination, resilience, and independent streak and that he be surrounded by people who will push him and challenge him. Even with his limited vocabulary Kaleb continues to communicate to us that he can and will do things. It will be in his own time and in his own unique Kaleb way, but that HE wants to do it. I love my determined little man and will continue to work to expose him to experiences that allow him to grow and hopefully keep his learned effectiveness. While being aware of the necessity to eliminate my “loving him” into learned helplessness.